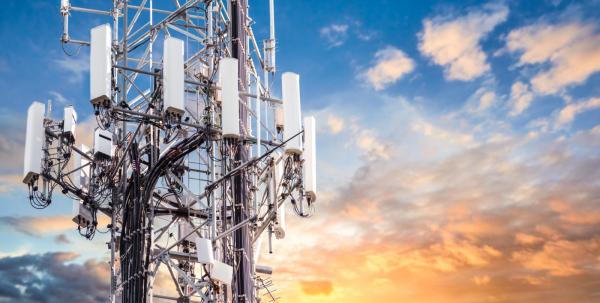 The 5G transition could take years, and the COVID-19 pandemic may change the rollout trajectory

This was supposed to be the year of 5G. Did the coronavirus change that?

The answer is a firm “maybe.” To some extent, it might depend on where you live (China versus the United States), which mobile carrier you use, and which type of phone you buy.

Considering that the virus hit China first, it’s actually kind of surprising how little the crisis may have set back that key player. The United States and Europe, however, as well as iPhone maker Apple (AAPL), could experience some delays before this important new technology debuts. These delays aren’t necessarily a game-changer, but look more like bumps in the road—assuming the economy makes a comeback in the second half of 2020, as many economists believe it might.

First, a quick reminder of what 5G represents and its possible implications for consumers and investors.

5G, or “fifth-generation” cellular speeds, will be exponentially faster than current 4G connectivity. Typical speeds are expected to be measured in gigabytes per second, allowing near-instant content downloads.

Michael Obucina, senior producer, content at TD Ameritrade, said that when AAPL released the iPhone 3G in 2008, it was the first device to really harness the power of 3G (which debuted in 2001), changing the mobile landscape forever. “It really was the game-changer, allowing faster web browsing, the development of apps, and everything we take for granted today,” he explained.

A 2017 study by IHS Markit and Qualcomm on the global gross domestic product (GDP) impact of 5G found that between 2020 and 2035 the impact could be similar to adding an economy the size of India to the current global economy. The study noted that a broad range of industries—from retail to education, transportation to entertainment—could produce up to $12.3 trillion worth of goods and services enabled by 5G.

When it comes to opportunities for 5G investments, McKinsey & Company (a consulting firm that’s been studying the outlook for 5G) and the Consumer Technology Association suggested that some of the early uses of the new tech are just appearing now.

One of the first consumer benefits will be in wearable technology and the connected-device space, known as the internet of things. 5G will allow these products to work faster.

“The smart-city angle is really cool,” said Obucina. “You have all these city management systems, whether it’s sewers, electricity, or traffic management systems—all of these systems are going to be able to talk to each other over the cellular network. Everything’s going to become smarter and more efficient.”

Internet service providers may be disrupted. If 5G is as fast or faster than home or business Wi-Fi, people may drop their internet service, just as many people have cut their cable cords.

Keeping Score on the Coronavirus Impact

When it comes to 5G and the potential impact of the novel coronavirus, it helps if you can break the new technology into two categories: infrastructure and usage.

In other words, companies like AAPL that make mobile phones can equip those phones with 5G capability, but if infrastructure providers like AT&T (T) and Verizon (VZ) can’t provide 5G on their networks, it won’t be much use for phone users.

On the other hand, if people are stuck at home or have lost their jobs and can’t go buy a new phone with 5G, it won’t matter how much infrastructure is available. People won’t have 5G.

Looking at the user angle, technology shifts can take awhile. For instance, when 4G first appeared, it took years for most consumers to have access. Even by the time 80% of phones sold had 4G capability, only about half of the global phone-user population had 4G service on their devices, according to research firm CFRA.

The COVID-19 epidemic might delay how quickly people acquire devices with 5G.

“Entering 2020, we’d had this as a growth year for smartphone units, with 3% growth to break a three-year string of year-over-year declines,” said Angelo Zino, senior equity analyst at CFRA. “Unfortunately, instead of looking at 3% global growth, we’re now looking at a 5% to 7% decline in terms of units. There aren’t going to be as many people buying smartphones in this environment.”

“Apple is more of a push-out due to supply chain issues,” Zino said. “Also, if you’re Apple, you don’t want to launch a phone in the middle of a pandemic, so it makes sense for them to hold it off four to six weeks so they can launch into the holiday season and have some momentum.”

Zino expects total 5G phone sales this year to be in the 200-million-unit range, which would be up from around 50 million in 2019. “The whole COVID-19 thing means having some push-outs in terms of technology momentum, but it’s not the end of the world as far as the 5G opportunity,” Zino pointed out.

Zino’s estimate roughly squares with a recent estimate from Qualcomm (QCOM) for between 175 million and 225 million 5G handsets to be sold globally in 2020. QCOM supplies network connectivity chips for AAPL’s iPhones and is the world’s biggest provider of mobile chips. Its technology helps connect phones to cellular networks.

In an interview last month with Barron’s, QCOM president Cristiano Amon agreed about coronavirus having a negative impact on mobile rollout. But he suggested that, ironically, the virus might actually help pave the way to quicker 5G uptake once mobile phone growth returns.

“The mobile market is going to be smaller than it would have been,” Amon told Barron’s. “You can look at how much disposable income people have to upgrade to new devices. But in China, while the total number of devices fell, the 5G numbers held, aided by the emergence of cheaper 5G devices. Carriers want to drive people onto their new networks. If you are a carrier CEO, once you deploy a 5G network, and you still have a 4G network, you’re carrying double operating expenses. So you want to encourage traffic to move to the new network.”

“Early last year, we started seeing 5G phones roll out,” Amon said. “The last piece was the deployment of infrastructure. One thing happening right now in the United States and other countries is that there aren’t many people in the streets. The carriers are ahead of schedule—it’s the perfect time to dig trenches, lay fiber, and erect new antennas. The carriers are accelerating the rollout by at least a quarter. It’s just easier to deploy in the current environment.”

When the virus struck first and initially hardest in China, some industry watchers wondered if that meant a major slowdown in 5G for the world’s second-largest economy. So far, that hasn’t been the case.

“China was clearly able to contain the virus very well and then ramp up the whole manufacturing aspect of things by late March after being shut down in February,” Zino said. “That gave them the opportunity to get ahead on both the mobile and infrastructure side of things. China looks to be significantly ahead of the United States and Europe from a numbers aspect.”

It helped, he added, that China used the recent trade war with the United States as an opportunity to ramp up infrastructure to boost its sagging economy. That infrastructure investment included 5G. Zino also expects “a slew” of new phones to launch in China this year. “In general, if phone manufacturers need to cut back production due to the pandemic, it’s more likely to be on the 4G side so they can accelerate in their 5G initiatives,” he said.

“In China, you’re seeing a pickup in demand for smartphones and starting to see some sequential improvement on 5G devices,” Zino explained. “That bodes well for the U.S. and European markets because essentially over there you’re not getting as many 4G launches. You have manufacturers in China going all in on 5G, and new incremental purchases are 5G-oriented.”

In the United States, 5G infrastructure could see some delays due to the coronavirus. “Clearly amid the pandemic, a lot of people don’t want to work in this environment,” Zino added.

However, it might help that T-Mobile (TMUS) recently closed its merger with Sprint.

“The big part of that combination was that they’d be more aggressive in terms of 5G investments,” Zino said. “As far as the pandemic and its impact on U.S. 5G infrastructure, we do think there could be some push-outs, but nothing jaw-dropping in nature. When you look at these carriers, they’ve put some projects in the forefront as they’ve tempered their capital spending. One thing you can do is prioritize certain projects, and we think 5G is a priority.”

Any resumption of the U.S./China trade war could be a little worrisome. There was a little noise about that in late May after a relatively quiet few months. However, if the trade war heats up, it might actually be helpful for 5G.

“If the trade war starts to intensify because of COVID-19, and the United States wants to take a harsher stance, maybe we’d see a build-up of demand or orders as people anticipate worse things to come,” Zino said.

Don’t just watch the news. Use it.

Tune in to TD Ameritrade Network for live programming and the latest market insights.

The new 5G technology will mean an upgrade in infrastructure—everything from more cell towers, which may make cell tower Real Estate Investment Trusts (REITs) attractive, to new mobile devices that are compatible with 5G. That means chipmakers, parts suppliers, phone makers, and the like may see greater demand.

But you don’t need to start building an all-things-5G portfolio yet. It will take time for 5G to be fully entrenched. McKinsey doesn’t expect 5G to be widespread until about 2025 because of high development and deployment costs. And remember what Warren Buffett said about automakers? As he pointed out, when the car was invented at the turn of the last century, a couple thousand auto manufacturers failed and only a few succeeded.

Obucina flagged an example with Verizon. An investor who bought VZ as 3G rolled out in 1998 may have suffered heavy losses in the dot-com bust—and only recently surpassed all-time highs from October 1999.

There’s one more consideration when it comes to 5G investments. The new technology will likely spawn new devices, maybe even new sectors we haven’t dreamed of. And those unknown inventions could be investment opportunities of their own. 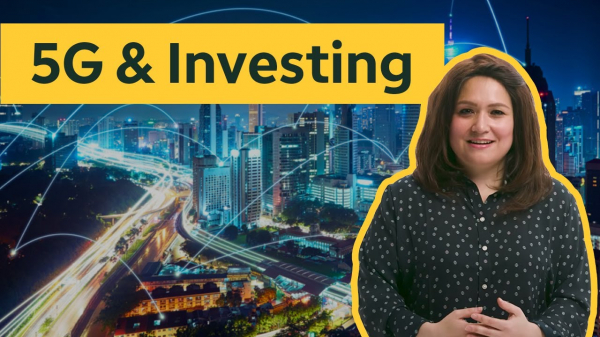 5G and How to Invest in New Technologies
5:27