Apple Announced a Stock Split. What Happens to My Options? – EA FOREX 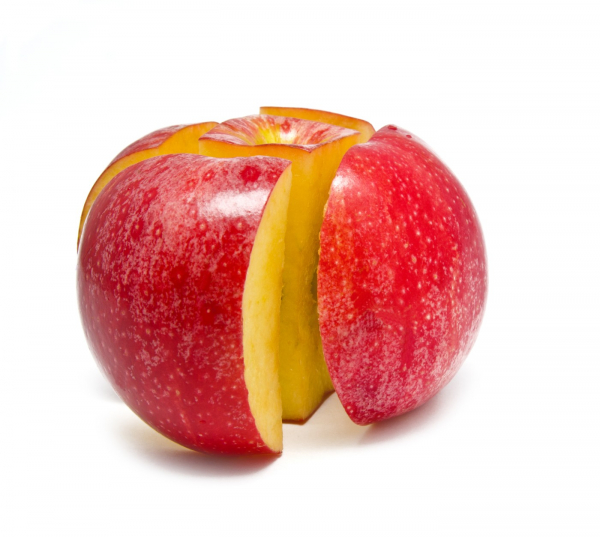 Apple Announced a Stock Split. What Happens to My Options?

When companies split shares, valuations and obligations are designed to remain intact

So you traded stocks awhile, got comfortable with the ebb and flow, and decided to add options to your lineup. You did the tutorials, read the articles, watched the webinars (all for free if you’re a TD Ameritrade client) and now everything’s going smoothly.

But then a company like Apple (AAPL) announces a stock split, and you happen to hold an options position. Are you about to get hosed, or perhaps pick up a huge windfall?

“There’s no free lunch,” said Peter Klink, director of risk management at TD Ameritrade. “Adjustments are made to keep valuations and obligations intact after a split.” That includes options.

With Apple announcing a 4-for-1 stock split as of August 31, 2020—its fifth split since going public in 1980—questions have been swirling about what it means for outstanding stock and options positions. Here’s what you need to know.

Stock Splits Are Just One Type of Corporate Action

As far as splits go, Apple’s 4-for-1 split is relatively straightforward. For every share you hold as of the record date of August 24, you’ll receive four shares as of the ex date, which is August 31, 2020. After the split, each share—all else being equal—will be worth one-fourth of what it was pre-split. So, for example, if Apple shares are trading at $400 per share, and you hold 100 shares, after the split, you’ll hold 400 shares, each worth $100.

Note that the value of your shares doesn’t change; the value is $40,000 before and after the split. To learn more, refer to this primer on stock splits.

It’s not every day that the biggest company in the United States splits its shares. But splits are just one type of corporate action. Others include cash dividends, stock dividends, spin-offs, mergers, and acquisitions. Although the big ones like Apple make the headlines, corporate actions—big and small—happen every day.

But as Klink pointed out, corporate actions require that adjustments be made. That can include the number of outstanding shares and/or the share price, as well as the terms of listed options contracts such as strike prices and/or multipliers. “These alterations often result in contract terms that fall outside the standard 100-share contracts,” Klink explained, “so they’re often called ‘non-standard options.’”

But again, adjustments aim to keep the valuations and math the same to the extent possible.

There’s a Process in Place

It all starts with the Depository Trust & Clearing Corporation (DTCC), the clearing and settlement agent for U.S. securities transactions. The DTCC determines how shares will trade before and after the event.

For options, there’s the Options Clearing Corporation (OCC), which is the central clearer for all options listed in the United States. Its Securities Committee, along with an “adjustment panel” made up of representatives from exchanges, decides whether an adjustment is needed and how it should be structured. “The decision is binding for all investors,” Klink explained. Although adjustments are made on a case-by-case basis, table 1 shows how options are typically adjusted for stock splits.

TABLE 1: TYPICAL SPLIT ADJUSTMENTS. This table shows the typical adjustments, but investors should confirm via the OCC website. Actual contract adjustments will be detailed in an information memo. For illustrative purposes only.

How will the Apple split affect options? Although the DTCC and OCC will set the official terms, in general, you can just follow the table. For example, suppose it’s the ex date and shares are trading at $430. In addition to owning 100 shares of Apple, suppose you’re long a 400-strike put and short a 380-strike put (380-400 put vertical spread). After the ex date, you’d own 400 shares of Apple at $107.50. Instead of one put vertical spread, you’d own four—but the strikes would be divided by four as well. The 400-strike becomes the 100-strike and the 380-strike becomes the 95-strike.

The options prices would change as well. Options prices are set by supply and demand, so the theoretical values would be somewhere in the neighborhood of one-fourth their previous value. An option worth $2 would be worth roughly $0.50.

The multiplier and delivery terms stay the same. A standard options contract is still deliverable into 100 shares of stock.

How Are My Options Affected?

A split or other corporate action typically requires no action on the part of the investor. Positions adjust accordingly. But here are a few things to consider:

Expiration dates matter. Like that carton of milk in the fridge, you need to check the expiration date. Remember: AAPL set its ex date for the split on August 31, 2020. Options expiring before then are still based on the pre-split price, but anything after the ex date will be based on post-split pricing.

Non-standard options and liquidity. If you happen to inherit a position in a non-standard option after the adjustment, it’s up to you to decide whether to hang on or liquidate (and perhaps look for another option to trade). Klink explained: “Some non-standard options can have less liquidity and wider-than-normal bid/ask spreads. At minimum, it may not make sense to establish new positions once options are adjusted.”

What about those greeks? Again, the underlying math remains the same. In the case of options analytics and risks (collectively known as the “greeks”), the aggregate exposure and risk/reward as measured by the greeks will remain the same before and after an adjustment. Delta, for example, doesn’t change, because it’s a relationship between the strike price and the stock price, both of which change by the same ratio. Theta, in contrast, is a relationship between premium and time. When the premium of AAPL options is split, theta per option will be one-fourth what it had been. But if you own four options, the math for the aggregate position will be the same pre- and post-split.

The same goes for vega, which tracks the relationship between implied volatility and options premium. After the AAPL split, a 1% move in volatility will have one-fourth the effect on each option, but if you have four of them, it’ll be the same aggregate exposure.

When a new investor is exposed to the dynamics of a split, it can be a bit jarring. But it’s all pretty intuitive. Just take a step back, dissect, and digest. 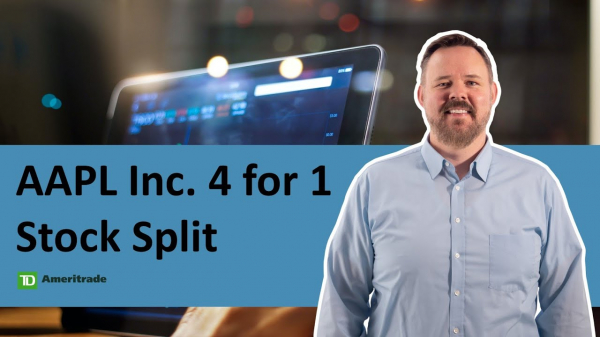 Apple Inc. (AAPL) Stock Split: What You Need to Know

Get answers to your questions fast.

Increased volatility has increased questions. We’ve put together answers for the most commonly asked questions to help you get the info you need quickly.