Ask the Trader: How Do You Place Swing Trades with More than One Price Target? – EA FOREX 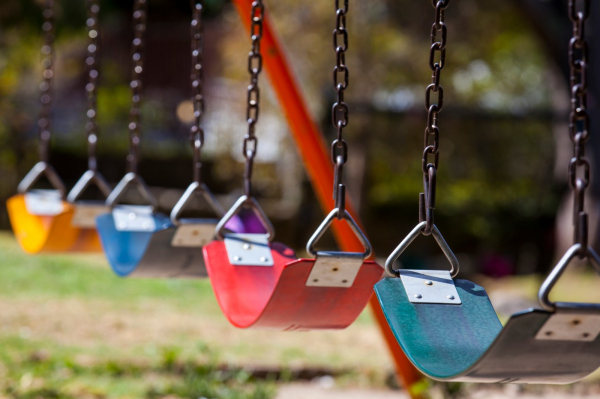 Ask the Trader: How Do You Place Swing Trades with More than One Price Target?

A swing trade may last days or weeks

Some swing-trading strategies offer more than one price target

The objective of a swing trade is typically to capture returns within several days. Swing traders usually know their entry and exit points in advance. They’ve decided where a trade should begin, what direction it might take, and how it might end (whether it’s a gain or a loss).

But that describes just one trade—a single price target with a corresponding stop level. What if you’ve identified two potential price targets—one that may take a few days, and another that could take a week or longer to reach? If your trade isn’t set up for multiple targets, you may miss out on the opportunity to pursue that second target.

Let’s look at how to set up a combination trade aimed at reaching more than one price target. (You can also listen to our recent webcast on entering a swing trade with two price targets.)

When One Target Isn’t Enough

Imagine that stock XYZ is recovering from a recent decline. Its recovery is characterized by a near-term uptrend, enough to signal a potential swing trade with a “long” bias (see figure 1). 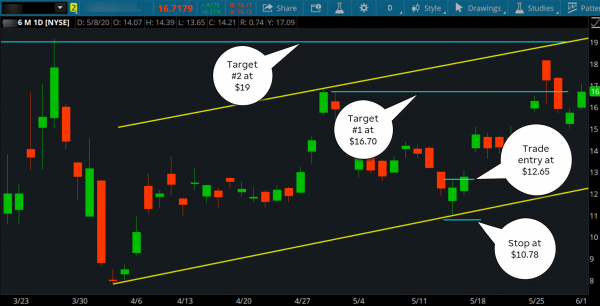 FIGURE 1: CHANNELING TRADES. From the Charts tab, enter a stock symbol to pull up a chart. Select Drawings > Drawing Tools, then select the channel tool or trendline to draw the channel lines. Chart source: the thinkorswim® platform from TD Ameritrade. For illustrative purposes only. Past performance does not guarantee future results.

First, we’ll plot a trend channel to help contextualize the price action. We’ll use the bottom channel lines to indicate potential future support and the top channel line for potential resistance. (Note that the channel’s trajectory is upward, “forecasting” a potential trend path.) If price stays within the channel—and this is only a possibility to anticipate, not an outcome to predict—then you could use the resistance of the top channel as a potential price target.

But that’s just one thesis. There are other potential price targets.

For instance, we see short-term resistance, and hence a potential price target, near $16.70. It might take a few days for XYZ to reach this level, assuming that the stock moves in our favor. There’s also longer-term resistance around the $19 level. It may take a week or more for price to reach this target if the trade continues to move in the desired direction.

Let’s imagine we decide on the following:

Plan to go long at $12.65 based on a potential breakout of the candle that made the most recent swing low.Place a stop at $10.78, a few cents below the swing low.The first target will be at $16.70 (the first resistance level), where we plan to unload half the entire position.The second and final price target is at $19. This is the higher resistance level; it appears to be converging with the upper channel line, which may serve as another line of resistance.

As you can see, conceptualizing this swing trade isn’t too complicated. But how might you execute it?

Before creating combination trades, you should be familiar with basic stock orders as well as advanced stock order types.

The first step is to decide how many shares will make up your “fully loaded” position. Remember, you’re splitting your position into two trades, so be sure to choose an amount that can be divided into whatever proportion suits your approach (and risk tolerance).

For our purposes we’ll decide on a total of 200 shares, dividing the position into two equal parts—100 shares for the first target and 100 for the second one.

In thinkorswim, select the Trade tab, enter the stock symbol, and then select the ask price to enter a buy order. From the menu, select Buy custom > with OCO Bracket. This brings up the Order Entry Tools window.

The Advanced Order menu at the bottom left is set for one order by default: 1st trgs OCO.

Because we have two orders, we’ll need to go into the menu to select 1st trgs 2 OCO (see figure 2).

FIGURE 2: COMBINATION ORDER, PART ONE. The first trade is made up of three orders: one buy and two sells. Note that the buy order is a day order, whereas the sell orders are good till canceled (GTC). Chart source: the thinkorswim platform from TD Ameritrade. For illustrative purposes only. Past performance does not guarantee future results.

Order 4: The remaining 100 shares will have a sell limit order at $19 for the second target.

Note: Using the “one-cancels other” (OCO) bracket, if a sell limit (at the price target) is triggered, it’ll cancel out the corresponding stop order, and vice versa. The main point of the OCO is to avoid holding on to an active order that’ll get you back in the market once the trade is complete.

The first trade (orders 1 to 3) for our first target should look like figure 2:

Notice that the buy order is a “day” order, meaning it’ll be canceled if it isn’t filled by the end of the day.Also notice, and this is important, that both sell limit orders are GTC (good till canceled), allowing them to be active for as many days as necessary to complete the trade once the buy has been triggered.

To enter the second trade (orders 4 and 5), select each sell order (one at a time) and choose Create duplicate order. Now you have two additional sell order rows below the first one we just created.

Now we’ll proceed to set a limit sell order at our second target of $19 and a sell stop order at $10.78. The final order should look like figure 3.

FIGURE 3: COMBINATION ORDER, PART TWO. Set an order for the second price target together with a sell limit order in case the trade doesn’t go in your favor. Chart source: the thinkorswim platform from TD Ameritrade. For illustrative purposes only. Past performance does not guarantee future results.

Once the buy order is triggered, the sell orders are GTC orders. They’ll remain active for as long as it takes (days or weeks) for the trades to come to completion—either hitting their targets or closing out at or near their stop-loss targets.

Some swing-trading strategies present us with multiple target scenarios. As swing traders, we often have to structure our trades from start to finish well before we act on them. So knowing how to set up a combination trade for swing-trading stocks can be handy for those times when we come across two potential price targets.

Amp up your investing IQ.