LEAPS® and Bounds: An Introduction to Long-Term Options – EA FOREX 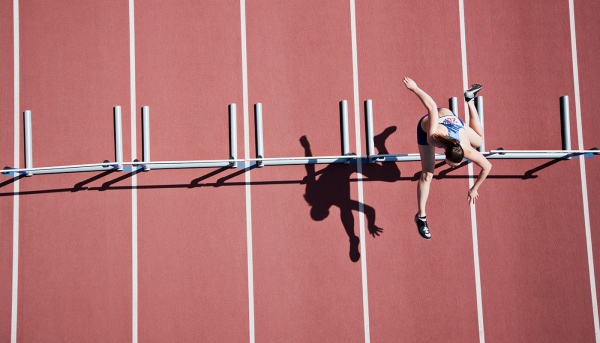 LEAPS® and Bounds: An Introduction to Long-Term Options

There’s no arguing that options are time-sensitive instruments. Options contracts decay, which is one of the reasons many new traders shy away from them. And as for long-term investors—well, forget it. Most often, buying an option with a limited life span is like racing against the clock—the stock’s gotta move—or stay in a certain range—before time runs out. And even that doesn’t guarantee anything.

So what do you need? More time. And that’s what LEAPS options are all about. LEAPS—Long-Term Equity AnticiPation Securities—are options that have expiration dates ranging from nine months to nearly three years. But these long-term contracts come with their own set of questions. How do they differ from standard options? And what strategies can a trader employ to attempt to take advantage of these differences?

LEAPS come about as close to buying a stock as you can get without actually buying a stock. LEAPS aren’t assets like stock, but they do qualify as securities, as the name suggests.

Even if you don’t intend to hold them for the long term—many traders don’t—LEAPS may be useful in your portfolio, depending on your investing objectives. For example, you might want to get exposure to a certain sector without tying up too much capital or borrowing on margin. LEAPS can run about 20% of the price of an underlying stock. So if you only have a few thousand bucks to spare—a modest sum if the stocks you’re looking at are trading north of, say, $100—LEAPS might help you diversify your portfolio exposure by investing in options on a few different equities in a particular sector.

That said, you could implement a LEAPS-based strategy on individual stocks, or broad-based indices, or you could try to find a happy medium and build a sector-specific LEAPS portfolio. Plus, depending on the strategy you implement, if you hold a LEAPS option for at least 12 months, it could qualify for long-term tax treatment. (But that’s a question for your accountant, of course.)

A Different Kind of Greek

To better explain the differences between LEAPS and standard options, we have to delve into the world of options greeks. You may already be familiar with greeks as they pertain to standard options, but the greeks for LEAPS tend to have some significant differences. So you may want to structure your LEAPS trades differently than your standard options trades. Take a look at the following table:

For illustrative purposes only.

Here we’re comparing two at-the-money options contracts on a stock that’s currently trading at $550 per share. First we have a one-week 550-strike call, and then we see a two-year LEAPS 550-strike call. These options may share the same strike, but the similarities stop there. Let’s break down the difference between each greek value.

LEAPS and Delta: More Difference Than Meets the Eye

Notice that the delta of the LEAPS is significantly higher than that of the weekly option, even though both options are at the money. You might expect the delta to be about 0.50 for both, but options are priced based on something called the “forward price of the stock.” So in this example, the options are priced off $550 plus any interest on that amount until expiration. For the LEAPS call with its two-year time frame, the additional interest is enough to make the base value higher than $550. Because the stock price being used for the calculation is higher than the strike price, the option is technically in the money, so the delta is higher.

LEAPS and Gamma: The Difference Is Negligible

The more time an options contract has until expiration, the smaller the gamma becomes. The reasons can get complicated, but think of it this way: gamma measures how much the delta changes based on a small move in the stock. Because longer-term options are big-ticket items, a small move in the stock will likely have a negligible effect compared to a shorter-term option.

LEAPS and Theta: Is That Clock Running Slowly?

If gamma is fairly negligible in longer-term options, it makes sense that theta is also negligible. Why? Theta measures the effect of time decay on the price of an option. It’s also referred to as “the price of gamma.” So if you own LEAPS, you probably won’t have to worry too much about time decay until you start getting closer to expiration. That’s what differentiates LEAPS from standard options, and it’s the reason they can offer a viable alternative investment that some traders may choose to hold for months or even years at a time.

LEAPS and Vega: So Sensitive!

If there’s one wet blanket to throw on the virtues of LEAPS, it’s vega. The effect of volatility swings on an options premium is a killer. In fact, the further out in time you go, the greater your vega. Take weekly options. The difference between a LEAPS option and an extremely short-term option like a weekly is almost tenfold. In a nutshell, if the implied volatility level changes by even just one percentage point, you could be looking at some fairly significant profit and loss swings. This is something you definitely need to address in order to successfully incorporate LEAPS into your trading arsenal.

LEAPS and Rho: Something of Interest

Rho is typically the “forgotten” greek. In fact, you can get pretty far in an options education curriculum and never hear anyone mention rho. There are two reasons for this. First, the change in an options contract’s value based on a one-percentage-point change in interest rates is typically small. Second, interest rates don’t normally change by a full percentage point during the life of an option.

That all changes with LEAPS. Because of the lengthy period until expiration, changes in interest rates matter. Think of it like a bank loan. If you’re going to borrow money for the next 30 days, then the difference between an interest rate of 4% versus 5% is fairly negligible. However, in terms of a 30-year mortgage, the difference in interest between a 4% rate and a 5% rate is substantial. So that’s why rho has a greater impact on long-term options.

In 2019, for example, there has been much uncertainty in the interest rate market, as a rate-tightening cycle shifted to a rate-cutting cycle in a short period, with a fair bit of volatility in and around it. For longer-dated options, when the interest rate outlook is uncertain, rho can become a major risk factor.

Given what you now know about LEAPS, here’s an example of how LEAPS could be used in a trading strategy, such as selling covered calls, and how the greeks can affect your decisions.

Perhaps you’ve heard of the covered call—you know, where you buy a stock in increments of 100 shares and sell a call (for every 100 shares) against that stock that’s slightly out of the money. This is a common stock-trading strategy that can potentially lower the effective cost of a stock or provide potential cash flow from a stagnant stock. It can also benefit the LEAPS buyer in unique ways.

With a LEAPS “covered call” instead of purchasing stock, you could purchase an at-the-money LEAPS option and sell a slightly out-of-the-money short-term call. Although the LEAPS option isn’t an asset like a stock, you’re “covered” because the strike of the LEAPS option is lower than the short-term option and the expiration is further out in time. It’s important to note, however, that this isn’t really a covered call, but rather it’s a spread strategy that can resemble a covered call. But if you get assigned a short call, you can’t deliver LEAPS; you need to deliver 100 shares of the underlying stock for each contract you sold.

But by trading the LEAPS “covered call” this way month after month, you could:

On the other hand, if the stock is at (or close to) a recent high, it may revert and give back some of its gains. You could lose the entire premium of the LEAPS if this should happen. But remember that when the market falls, volatility typically rises. And a rise in overall volatility can have a large positive impact on your large vega LEAPS position.

Plus, in a low interest rate environment, a possible spike in interest rates could provide an additional jolt to your LEAPS call option. So, who knows? You might find that rho could become an unexpected friend.

LEAPS aren’t a replacement for stock, but they can provide a few of the same benefits without the erosive nature of short-term options. But remember: they’re still options. So, yes, you can potentially lose the full investment, just as you can with short-term options. And because LEAPS aren’t stocks, owning one doesn’t entitle you to dividends or voting rights.

But for options traders with smaller accounts who want to trade a few different securities without fear of rapid decay, LEAPS might make sense. Or for traders who simply want exposure to sectors in which they’re not comfortable tying up a lot of capital, LEAPS can offer a low-capital alternative.

If you want longer-term exposure to a potentially broader market without locking up precious trading capital, or you want to try a longer-term trading strategy with a covered call, there’s no shortage of ideas with LEAPS.

Are options the right choice for you?

While options are definitely not for everyone, if you believe options trading fits with your risk tolerance and overall investing strategy, TD Ameritrade can help you pursue your options trading strategies with powerful trading platforms, idea generation resources, and the support you need.

Learn more about the potential benefits and risks of trading options.