Price Action vs. Price Erosion: The Positive Side of Negative Theta – EA FOREX 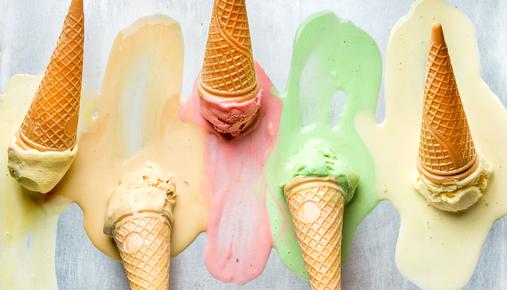 Price Action vs. Price Erosion: The Positive Side of Negative Theta

Many traders tend to gravitate to options strategies with positive theta—those in which the theoretical value increases with the passage of time. Certain positive theta spreads such as an out-of-the-money vertical credit spread or a short iron condor are sometimes referred to as “high probability” trades.

But that doesn’t mean that long option strategies, which have negative theta, are necessarily “bad” strategies. Like pretty much everything options-related, there are tradeoffs. Here’s the positive side of having negative theta in an options strategy.

All things being equal, option prices naturally decay, meaning they lose theoretical value every day due to the passage of time. Why? An option’s theoretical value is based in part on how much the price of the underlying stock is likely to vary between now and the option’s expiration. The less time left until expiration, theoretically anyway, the less opportunity there is for movement.

This is an option’s theta. Being short an option means you have positive theta since your position theoretically benefits from time decay, hopefully with the option price dropping in value. The same goes for spreads where the “collective” theta of all the options is positive. The flip side—long options (or spreads) which have negative theta, lose theoretical value (TV), all else equal, with each passing day.

Price Action: The Positive Side

With the supposed theta “headwind.” why would anyone want a trade that has negative theta? Well, recall that an option’s price decays all else equal. But with regard to stock prices, all else is typically not equal—stock prices fluctuate. And an option’s price fluctuates, too, given movement in the underlying, by an amount known as its delta. So, for example, if an option is worth $1.20, and it has a .20 delta, as the underlying stock moves up or down from that point, it’s TV will move up or down about 20%, of the movement in the underlying.

In other words, delta can be thought of as the rate of change of an option price relative to changes in the underlying.

And there’s a kicker—not only does the underlying stock fluctuate, but so does the option’s delta. The rate of change of delta has a name as well—gamma. And gamma can magnify the effects of movement in the underlying stock on the price of an option. For example, the table below shows the theoretical value of a 50-strike call, plus its delta and gamma readings, at $1 increments in the stock price.

Theoretical Value (TV), Delta and Gamma of a 50-Strike Call at Different Levels in the Underlying Stock

Sample data, for illustrative purposes only.

Notice that, as the stock moves from $50 to $51, the 50-strike call’s TV increases by $0.55, which is a bit more than its 0.50 delta would suggest. Without getting too much into calculus, let’s just say delta is represented as an “instantaneous” rate of change at a given underlying price, but really, it’s continuously changing. That’s the effect of gamma.

By the way, gamma is also continually changing, and it’s highest at and near the ATM strike. Also, delta and gamma readings are theoretical, and assume all else stays equal. In practice, other factors, such as changes in implied volatility, can also impact the option’s price.

Gamma: It’s a Bonus, but There’s a Catch

Because of the option’s gamma, as the stock rallies, the call isn’t simply going up in theoretical value; it’s going up in value at a faster and faster rate until it becomes a deep in-the-money call. At that point, the call’s delta approaches 1.0, meaning it moves virtually one-to-one with the stock price. And if the stock price drops, the delta decreases as well, so though the call option drops in value as the strike becomes more and more out-of-the-money, it does so at a slower and slower rate until, at some point, its delta is virtually zero.

So why wouldn’t everyone want to buy options and be “long gamma?” Because it’s not free. Gamma costs money. In fact some traders say that time decay, theta, is the cost of gamma. At any snapshot in time, gamma augments delta, and thus an option’s TV. But with each passing day, theta is pushing TV the other way. Remember: with options, there’s always a tradeoff.

Also remember: gamma is highest in the ATM strike, so buying low-delta, way out-of-the-money options may mean less premium outlay, and less theta, it also means less gamma. It’s those .30 – .70 delta options that will give you the most gamma (and theta).

One final note: vega. Option prices are sensitive to changes in implied volatility (IV), so any strategy you choose, long or short, should take that into consideration. For example, it might be tempting to “buy gamma” just before a company announces earnings. However, such options typically trade at a higher level of IV, and after earnings are released, IV goes down, sometimes by a sizable amount. For more on trading options during earnings, refer to this primer.

*When the two months have passed, keep the TradeWise service for just $20 per strategy per month.