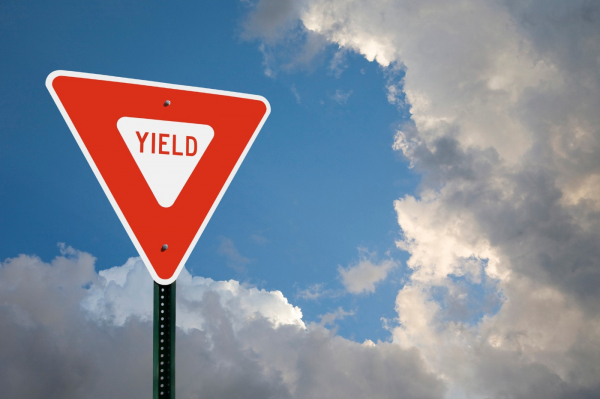 Big Bank Earnings Have Been Mostly Positive, but Key Banking Index is a Pivotal Price Point

(Monday Market Open) Despite visits from the Easter bunny, investors appear to be more bearish ahead of the market open. The S&P 500 futures were trading below the 4,400 level, an important line in the sand since January of this year. The Cboe Market Volatility Index (VIX) has moved back above 24, suggesting an increase in investor uncertainty. Maybe today’s earnings reports can help the bulls.

Two more big banks are starting the week split on earnings reports. Bank of America (BAC) beat on earnings and revenue, while BNY Mellon (BK) missed on both according to Investing.com. BAC was able to beat on lowered expectations as most business segments saw decreases in revenue growth compared to the previous year. Mellon was hit hard by a $88 million reduction from sanctions related to the Russia-Ukraine war.

Grain futures are also rallying before the open as Russia continues to build up troops for another assault on Ukraine. Wheat futures were up 2% ahead of the market open, while corn futures rose 1.3%.

China’s gross domestic product (GDP) was much stronger than expected at 1.3%, well above the 0.6% expectations. GDP year over year was 4.8%, topping the 4.4% forecast. However, China’s March retail sales came in much lower than expected at -3.5% instead of -1.6%. The country also saw unexpected increases in fixed asset investment and industrial production for the month of March. But China’s unemployment rate rose to 5.8% versus t estimates of 5.5%. The April numbers will be interesting as the country still struggles with COVID-19 lockdowns.

The saga between Elon Musk and Twitter (TWTR) continues with the Twitter board of directors unanimously adopting a limited duration shareholder rights plan—aka a poison pill—to try and stave off Musk’s $43 billion hostile takeover. The move is a common avenue for fending off takeovers by diluting the would-be acquirer’s stake. It works by allowing other shareholders to purchase additional shares at a discount if any person or group acquires 15% of the company’s outstanding shares. TWTR was up 2.73% in premarket trading.

Most European markets, as well as Hong Kong and Australian markets, are still closed for the Easter, Passover, and Ramadan holidays. This puts the U.S. in focus. The housing market will likely get a lot of attention this week with a couple of important economic reports. Additionally, Fed chairman Jerome Powell will participate in a discussion group on Thursday, which could offer clues for investors as to if he still favors a half-point hike in the discount rate in May. PMI or inflation reports are schedules for later this week in Europe and the United States. Finally, Tesla (TSLA) and Netflix (NFLX) are slated to report earnings this week.

After testing resistance for two days, the 10-year Treasury yield (TNX) shot up again on Thursday, climbing 141 basis points to 2.828%. The next level of resistance is near 3.25% established back in the fall of 2018.

Rising oil prices may have prompted the rise in rates. WTI crude oil futures rose 1.77% on the day, which reverberated through other crude-related products including gasoline and heating oil. Natural gas futures also jumped 4.82% to a new 52-week high.

Once again, the higher rates hit growth stocks the hardest, causing technology, consumer discretionary, and communications stocks to tumble. The Nasdaq Composite ($COMP) fell the most, closing 2.14% lower, followed by the S&P 500 (SPX), tumbling 1.21%, and the Dow Jones Industrial Average ($DJI), inching down 0.33%.

The PHLX Bank Index (BKX) failed to maintain an early morning bounce despite a little better showing from some big bank earnings on Thursday. The BKX is testing support around the 116.5 level. With more banks reporting earnings this week, the bulls are hoping for a bounce, but weakness in consumer lending appears to have investors concerned.

CHART OF THE DAY: GROWING LIKE WEEDS. Corn futures (/XC)—candlesticks) are up 33.37% for the year, which is less than WTI Crude oil futures (/CL—pink) that have climbed 69.29%. However, corn may get a boost with higher demand from ethanol producers. Archer Daniels Midland (ADM—blue) has grown 65.52%, but an increase in demand for corn-based ethanol appears to be blending in with its uptrend. Green Plains (GPRE—green) has seen a bump on the news. Data Sources: ICE, S&P Dow Jones Indices. Chart source: The thinkorswim® platform. For illustrative purposes only. Past performance does not guarantee future results.

Shucking Corn: In response to higher fuel prices, the Biden administration is allowing higher ethanol-blend gasolines on a temporary basis. Ethanol is a fuel produced from corn. The hope is that higher ethanol blends will help reduce some demand for refined crude oil gasolines. E15 is the blend of ethanol commonly used in gasoline and typically sells between $0.15 to $0.25 less than crude-derived gasoline.

The move is likely to benefit ethanol producers like Archer Daniels Midland (ADM) and Green Plains (GPRE), but it could also result in higher food costs because of the increased demand for corn. On Thursday, corn futures hit a new 52-week high and are up more than 55% from their 2021 low. According to The Wall Street Journal, meat producers are also concerned about rising corn prices because it raises their feed costs. Corn derivatives like corn sweetener and corn starches are also used in processed foods, which could mean higher input costs for food processors too.

Soy Saucy: ADM and Green Plains aren’t the only ag companies benefiting from rising crop prices. Bunge Limited (BG) has also skyrocketed thanks in large part to rising soybean prices. BG jumped 2.48% on Thursday to a new 52-week high and is up nearly 69% from its August low. Bunge buys crops and then transports, stores, and processes them. It also sells feed for livestock, cooking oil, and biofuels.

With soybean oil futures rising 51% from its December low and soybean meal futures up 48% from its October low, Bunge is in a good place to benefit. The Russian-Ukrainian war, drought in South America, and a global fertilizer shortage will likely keep Bunge’s services in high demand.

Of course, a change in crop futures will likely have a negative effect on Bunge. For example, the lockdowns in China could result in lower demand for soy products causing them to fall, possibly dragging BG down with them.

Earnings Trends: Rising energy and food prices are just some reasons why former Treasury Secretary Larry Summers told Bloomberg Economics that the most likely end for the U.S. economy is a recession. Mr. Summers thinks the Fed will have to keep raising rates well into 2023 until inflation turns to disinflation. He said rising prices and rising rates will likely result in a hard landing for the economy at some point in the next two years. He also pointed to history as a guide, stating that there’s never been a time when inflation was above 4% and unemployment was below 5% and a recession didn’t occur within two years.