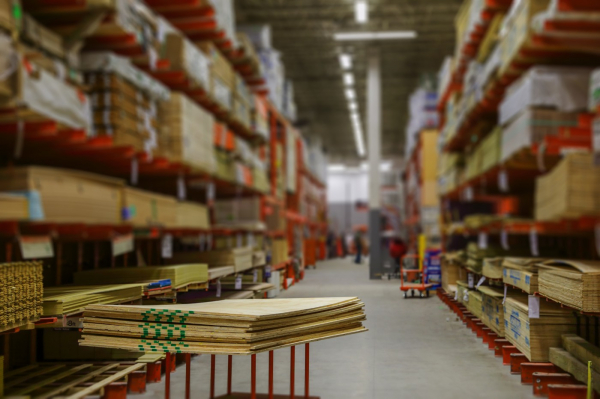 (Wednesday Market Open) Earnings season kicked off with mixed results from the financials. However, other sectors have been a little clearer. Equity index futures pointed to a higher open, but they gave up the gains ahead of the Producer Price Index (PPI) report. The government of China and the local government in Shanghai appear to be at odds over their COVID-19 policies.

Oil futures were up about 1% before the opening bell as commodity traders try to figure out current COVID-19 restrictions in China. Yesterday, news came out of Shanghai that they were loosening some of the restrictions. However, Beijing officials restated the country’s “zero-COVID” policy and that all restrictions remain in place.

Prices are still rising in the United States. The Producer Price Index (PPI) measuring inflation at the wholesale level came in hotter than expected. The PPI saw company input costs grow faster than expected on the core and overall levels month over month and year over year. The headline number was 11.2% year over year, higher than the forecasted 10.6%.

The Transportation Services Index is due out later today. Its measure of monthly freight volumes has been a popular indicator for transportation stocks.

The big banks started off earnings season a little mixed. JPMorgan (JPM) missed on earnings estimates despite better-than-expected revenues. Their investment banking business saw fewer deals, but they did record an increase in mortgage loans. The company said the consumer remains strong but will be facing more challenges ahead.

JPM also increased its credit reserves to hedge against loan defaults. Last year the company was able to let go of these reserves. You may remember I mentioned that increasing credit reserves could be a possible theme after the CarMax (KMX) earnings report on Tuesday. KMX’s credit business set aside extra reserves in case of increased defaults.

BlackRock (BLK) was also mixed. It missed on revenue but beat on earnings. First Republic Bank (FRC) beat on both revenue and earnings. Investors appear to be unsure what to do with these results. While JPM is down more than 3% in premarket trading, BLK was down slightly and FRC was up slightly.

Investors are clearer on other stocks that had better earnings reports. Delta Air Lines (DAL) beat both earnings and revenue estimates and raised their forward earnings outlook. The company is expecting double-digit revenue growth due to an “all-time high” in demand. DAL rallied 6.63% in premarket trading.

Fastenal (FAST) also beat on top and bottom line numbers as the company is finding ways to manage inflation and a tight supply chain. As an industrial manufacturer of thousands of products including nuts, bolts, screws, and so on, FAST is representing the sector well and may set the tone for the industrials sector this earnings season. Fastenal rose 2.27% in premarket trading.

One earnings report that wasn’t quite as clean was Bed Bath & Beyond (BBBY). It missed on earnings and revenues leading to an 7.62% drop before the opening bell. Unlike Fastenal, BBBY is struggling to manage its supply chain problems and is having trouble getting inventory to sell.

On Tuesday, stocks rallied on a slightly better-than-expected Consumer Price Index (CPI) report that brought yields lower and allowed technology stocks to take the lead. But almost like a cue for a punchline, oil futures shot back up to more than $100 per barrel and closed 6.9% higher on the day. Oil prices were helped by news that China is relaxing some COVID-19 restrictions. The rise in oil prices took the 10-year Treasury yield (TNX) off its session lows. However, the 10-year still fell 55 basis points to 2.725%.

Higher oil prices prompted a rally in energy stocks, taking the Energy Select Sector Index higher by 3.67%. However, oil stocks pulled back from their highs, and the energy index closed just 1.68% higher on the day. Despite giving back nearly half of its gains, energy was the day’s highest-performing sector.

Technology stocks took investors for a bit of a ride. The Technology Select Sector Index rallied more than 2% on the CPI news that brought down the 10-year yield, but the sector turned around as the rally in oil boosted yields. The tech index fell 0.82% but trimmed its losses to close 0.38% lower by the close.

While technology stocks can’t seem to catch a break with investors revaluing them with every rise in yields, the financials sector has traditionally rallied with the 10-year yield—but on Tuesday, it was the worst performer. The Financial Select Sector Index fell 1.07%. Investors may have been nervous about the big banks kicking off earnings today and the over the next few days.

Overall, the major indexes were all lower on the day. The Nasdaq Composite ($COMP) closed 0.63% lower after starting the day more than 2% higher. The S&P 500 (SPX) dropped 0.66% and is trading below its 50-day moving average once again. The Dow Jones Industrial Average ($DJI) fell 0.55%. On the bright side, the sell-off wasn’t broad; decliners barely outpaced advancers on the New York Stock Exchange.

CHART OF THE DAY: BOTTOM OF THE BARREL. Crude oil futures (/CL—candlesticks) have found support near $95. Support appears to be holding, and oil prices appear to be bouncing. Data Sources: ICE, S&P Dow Jones Indices. Chart source: The thinkorswim® platform. For illustrative purposes only. Past performance does not guarantee future results.

Lady Hawk: After starting the day weaker, the U.S. dollar rallied on Tuesday, extending the U.S. Dollar Index’s winning streak to nine straight days of gains, a new 52-week high, and a return of 12.35% from its bottom in January 2020. Normally, such strength in the dollar would weigh heavier on oil prices, but with the ongoing Russian-Ukrainian war adding to inflation woes, rising oil prices is more than a monetary issue.

The dollar has now returned to its pre-pandemic level but isn’t showing any signs of slowing. One reason for the momentum is the increasingly hawkish tone of Federal Reserve members. Even though the Fed has only raised its overnight rate once to 0.25%, the bond markets are trading as if the Fed has raised rates several times. The 2-year Treasury yield is most associated with the Fed’s overnight rate, and it’s trading above 2.4%. The 2-year yield has shot past its 2020 levels and is now near its 2019 highs.

On Tuesday, Fed governor Lael Brainard reiterated her hawkish stance committing the Fed to attacking inflation. While the Fed has ended its stimulus buyback program and raised rates once, most of it has been just talk.

Calling the Bluff: Critics of the Fed say the central bank is behind the curve with inflation and must be more aggressive than it has. While Fed Chair Jerome Powell has already indicated that he thinks a half-point hike is appropriate for May and the CME FedWatch Tool indicates money markets are giving an 86.6% probability of a half-point increase, the Fed is already accomplishing much of its goal with just talk. The 30-year conventional fixed-mortgage rate hit 5.25% this week, two percentage points higher than a year ago, and CarMax (KMX) reported fewer car sales and car loans due in part to rising interest rates.

Dollars to Donuts: While the Fed appears to have Wall Street picking up what it’s laying down, it may be harder when it comes to Main Street. In a CBS poll, two-thirds of those surveyed said that higher prices have been difficult and/or they’ve experienced a hardship that has required them to make budget changes. Another 26% said higher prices have been inconvenient.

Inflation has always hit the poor—those on a fixed income the hardest—and Tuesday’s CPI report showed that energy prices rose 32% over the last year, while food prices increased 8.8%. The gasoline index rose 18.3% and accounted for half of the increase for all items. Housing is also more expensive with the shelter index up 0.5% in March and the rent index up 0.4%.

While it may be easy for the Fed and other economists to dismiss food and energy, we’re already seeing indication that consumers are directing their spending toward necessities, which is why the consumer staples sector continues to perform well.