U.S. CPI Better-Than-Expected But China Could Still Be an Inflation Risk – EA FOREX 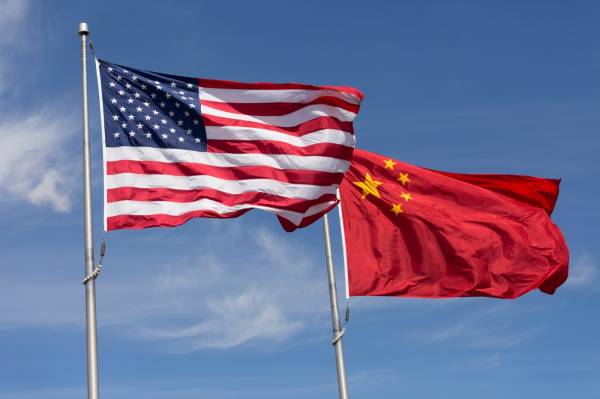 U.S. CPI Better-Than-Expected But China Could Still Be an Inflation Risk

The Consumer Price Index (CPI) came in a little better than expected in many areas, particularly core inflation. With the CPI report out of the way, investors can focus on bank earnings this week. But investors can’t get too comfortable because lockdowns in China may keep inflation high.

Core inflation removes the more volatile energy and food prices, and it rose at 0.3% in March below the projected 0.5%. It was also lower year-over-year at 6.5%, compared to the forecasted 6.6%. Of course, energy and food are big factors in most budgets, and that where the numbers were mixed. Overall inflation grew 1.2% in March, which was right on target with expectations but rose 8.5% year-over-year—above the average forecast of 8.4%.

8.5% growth is the highest since 1981; it was driven by large increases in energy and food prices. Energy prices rose 32% over the last year while food prices were up 8.8%. The gasoline index rose 18.3% in March and accounted for half of the increase for all items. Housing is also more expensive with the shelter index up 0.5% in March and the rent index up 0.4%.

Stocks reacted positively to the news as the S&P 500 futures rallied more than 1% ahead of the opening bell. This is good news because the Cboe Market Volatility Index (VIX) had moved back up to 24, indicating uncertainty was creeping back into the markets. Additionally, the 4,400 support level in the S&P 500 (SPX) appears to be holding which has been a key level throughout 2022.

The 10-year Treasury yield (TNX) dropped 66 basis points and is now trading around 2.7%. This could signal at least some kind of slowdown in interest rates, which may be welcomed by homebuilders and homebuyers who saw the 30-year conventional fixed mortgage rate hit 5.25% on Monday.

With that said, the higher yields have helped to strengthen the U.S. dollar, which should help U.S. consumers by making foreign goods cheaper. The U.S. Dollar Index tested the 100 level in the last few days but is up more than 8% for the year.

With the CPI out of the way, investors can look ahead to bank earnings reports starting tomorrow, but a report from CarMax (KMX) may provide insights into the banks. KMX missed on earnings despite higher-than-expected revenues. According to Barrons, the company is struggling with inflation pressures as indicated by its 11% increase in sales year-over-year but a drop of 5.2% in sales volume year-over-year and a 6.5% drop in same store sales for the quarter.

If banks go the way that CarMax’s financial arm did, then we may see lower demand for loans due to higher interest rates and higher prices. And banks may also be fearing loan defaults as consumers’ pocketbooks are stretched to deal with rising inflation. Of course, CarMax isn’t just a warning for banks but also other car companies.

Another earnings announcement of note was Albertsons (ACI), which beat on both earnings and revenue estimates. ACI also provided higher-than-expected earnings guidance. However, the stock fell 3.39% in premarket trading. It could be that investors are taking profits because Albertsons is up more than 80% over the last year.

One bank already falling is Deutsche Bank (DB). It was down 8% overnight in European markets on the news that Capital Group, a key investor, sold its stake in DB and Commerzbank.

The 10-year Treasury yield (TNX) rose for the eighth day in a row, climbing to 2.78% on the day and testing 2019 highs. The 10-year appears to be on a mission to hit 3% but could go higher because the next technical level of resistance appears to be around 3.25% set back in 2018.

Despite technology stocks falling on Monday, the energy sector was hit the hardest, but not by interest rates as much as by falling oil prices. WTI crude oil futures fell 3.67%, bringing the price down to $94.64. Currently, oil futures are near their February lows.

With oil futures falling, airlines are rebounding with the AMEX Airline Index (XAL) rallying 1.38%. According to the U.S. Department of Transportation, jet fuel, which is derived from crude oil, represents 15% to 20% of the total expense of an airline. This makes these stocks sensitive to oil prices. Delta (DAL), which reports earnings on Wednesday, was among the top in the group, rallying 4% on the day.

Circling back to interest rates, the 30-year conventional fixed mortgage rate climbed on Monday to 5.25%, about two percentage points higher than a year ago. As you would expect, mortgage rates are rising along with the 10-year yield, but also because the Fed is no longer buying mortgage-backed securities. This means the mortgage business must rely on private markets, and these investors appear to be demanding a bigger return for their money. Additionally, the Fed plans to start selling some of its mortgage-backed securities beginning in May, which could push these longer-term rates higher still.

CHART OF THE DAY: BREAKING CHINA. The S&P China 500 Index ($SPC500UP—candlesticks) has been testing an old support level from a few years back as a new resistance level. Resistance has held, and now the index is moving lower. The next level of support appears to be around the 2850 level. Data Sources: ICE, S&P Dow Jones Indices. Chart source: The thinkorswim® platform. For illustrative purposes only. Past performance does not guarantee future results.

Bear in a China Shop: Using the S&P China 500 Index as a measure, China has been in a bear market since the end of 2021. The China 500 is down more than 36% from its all-time high and may be seeing technical pressure after bouncing off resistance.

Of course, China is experiencing difficulties that are adding to the downward pressure on the index that is much greater than what a few chart readers can apply. Increased COVID-19 cases and China’s “zero-COVID” policy is leading to more lockdowns and food shortages in the city of Shanghai. Insider is reporting that the Chinese government is censoring content on Weibo (WB), China’s version of Twitter, in relation to the food crisis in Shanghai, but several news outlets are reporting on the problem.

The food issues are reaching outside of Shanghai and could add to the already weakened global food supply. The Financial Times reported that lockdowns in China are causing shortages in fertilizer, labor, and seeds during a critical planting time. This will likely hurt an already ailing food market. Rough rice futures are up 17.12% for the year. Wheat futures are up 72.12% in the last year but much of price increases came after Russia invaded Ukraine. The S&P GSCI Softs Index tracks soft commodities including coffee, sugar, cocoa, and cotton and is up 49.37% over the last year.

The world needs China working to help get inflation under control.

Getting Lean: Could AT&T (T) start a new trend in stocks? After trying to build a multimedia conglomerate, AT&T has spun off some big parts of the company, allowing it to focus on its core telecom business. On Monday, Warner Bros Discovery (WBD) rose nearly 3% in its debut, and analysts immediately started to upgrade their ratings on AT&T. AT&T rallied 7.74% on the day. As inflation rises and input costs increase, more and more companies may see value in getting leaner.

Banking on Change: The big banks and many other financial stocks rallied hard at the end of 2021 and into the first few weeks of 2022 right before earnings season hit. Then they started selling off. Investors went from seeing positive credit spreads for banks in which they could grow earnings to fear of higher rates pushing the United States into a recession.

Banks will kick off Q1 earnings this week starting tomorrow. The PHLX Bank Index (BKX) is testing its support level around the 118 mark. This could be a “make or break” level for the group. If banks bounce from this level, they could at least maintain their sideways trend. However, if support breaks, it could spell bad news for the group.